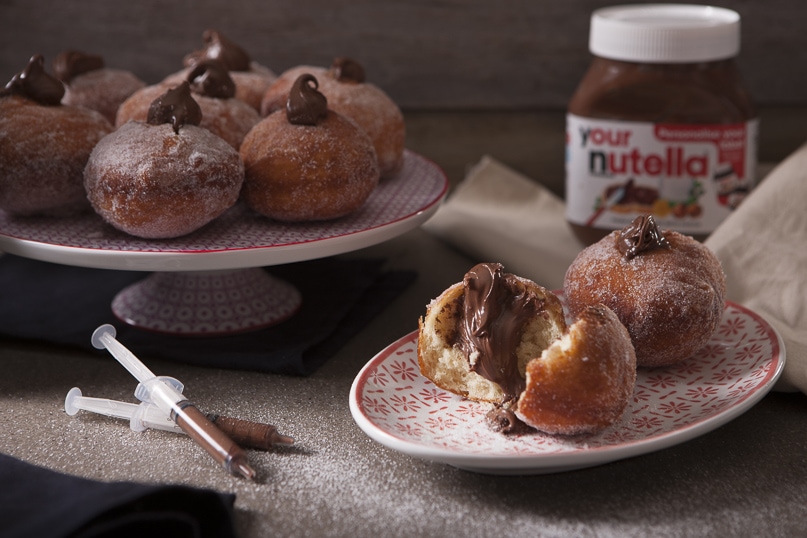 Nutella doughnuts, tella balls, Nutella bombs, or tella bombs. No matter what you call them, these delicious doughnuts are sure to keep any sweet tooth salivating. This is a simple a doughnut recipe, and like most doughnuts is best eaten the same day.

I’m not shy is saying how much I love Nutella, but God bless the person that said let’s inject as much Nutella we can fit into a doughnut!

FYI, there are also some serving variations floating around like the tella ball milkshake. Basically, it’s Nutella in a milkshake with a Nutella doughnut on top, with a fat straw skewered through the middle so you suck up all the #deliciousness !