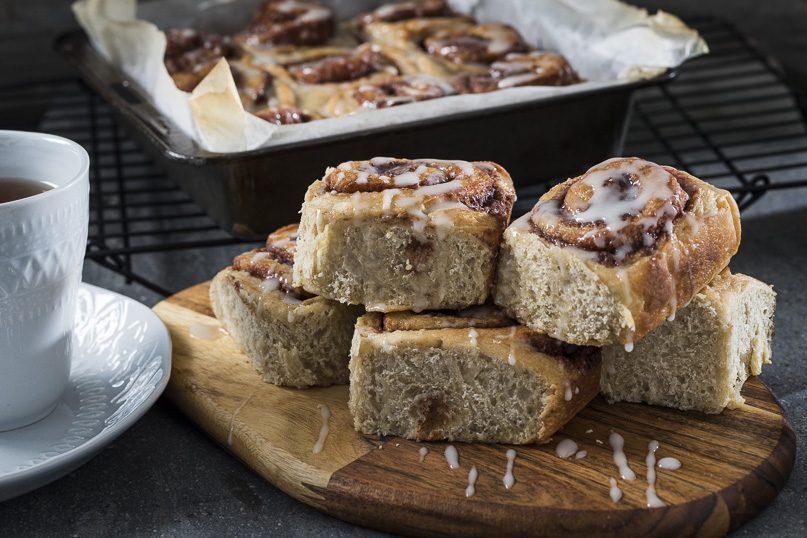 Cinnamon scrolls or cinnamon rolls. Whatever you call them, one thing is certain; they are delicious!

This particular recipe has been known to vanish on completion with its sticky finger licking honey glaze and being warm fresh from the oven, with a cup of coffee or tea. Try with varietal honeys for a different taste every time.

Be warned these cinnamon scrolls are dangerously more-ish!