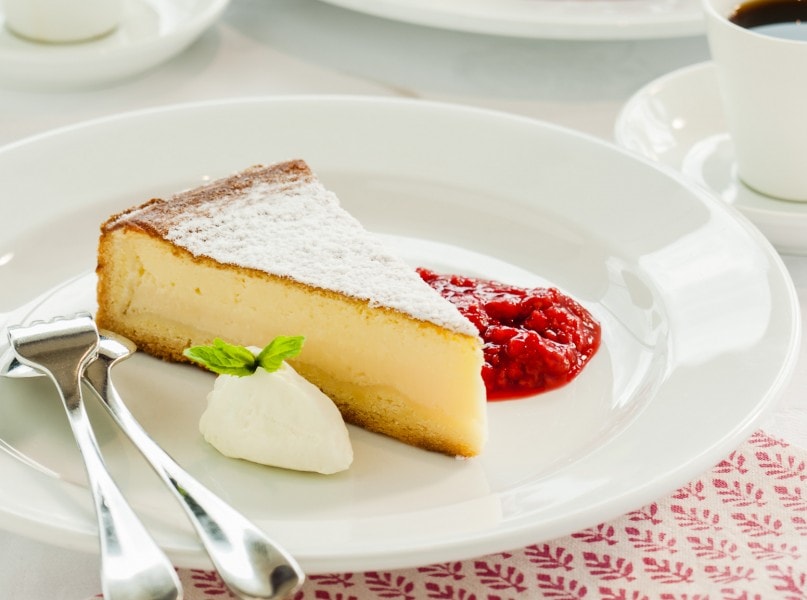 Baked cheesecake is only one of many different style of cheesecake. This recipe has been adapted from an old french cookbook seems to work pretty great. If you want to cook a classic the last thing we should do is change it too much, and I love cheesecake way to much to do it any injustice! Enjoy!!