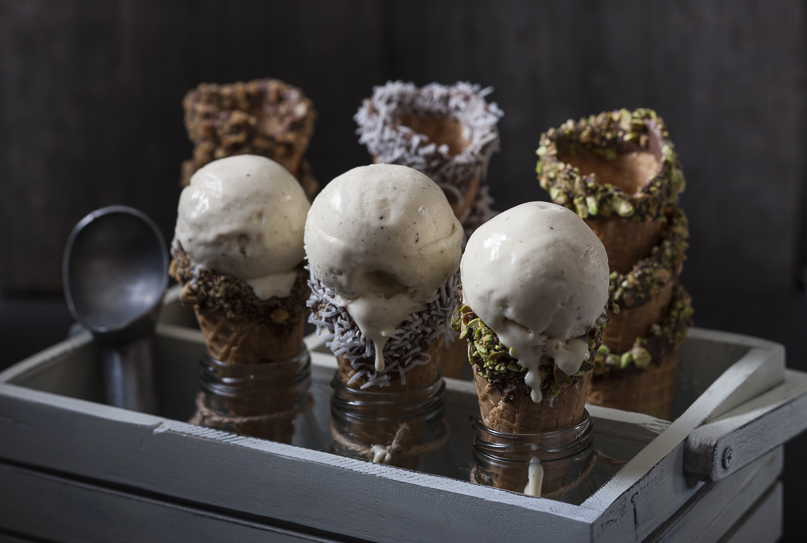 This has to be the best “cheat” recipe  for Gelato there is. This is a recipe that is simple, cheap and not time consuming. Fun to make with the kids and eatable for all ages, I mean… it takes about 6 minutes of your time to make and then let it freeze! Come On!

If you want to impress further, simply jazz up some waffle cones with some melted chocolate like we did here…

Why This Gelato Works

Think of this recipe like taking a shortcut. With traditional gelato, first you have to make a sweetened base – usually a cooked mixture of heavy cream and sugar with or without eggs to thicken it into a rich custard – which needs to be cooled, then churned in a machine before freezing. Churning incorporates air and breaks up ice crystals as they form, making the finished gelato creamy and smooth rather than one icy block.

With this no-churn gelato, a can of sweetened condensed milk takes the place of the base and the whipped cream brings the airy, creamy texture. It’s creamy, it’s scoopable, it melts in your mouth, and it’s fantastic.

Previous post:
How To Gut And Scale Fish Next Post:
How To Cook Brown Rice Perfectly Every Time