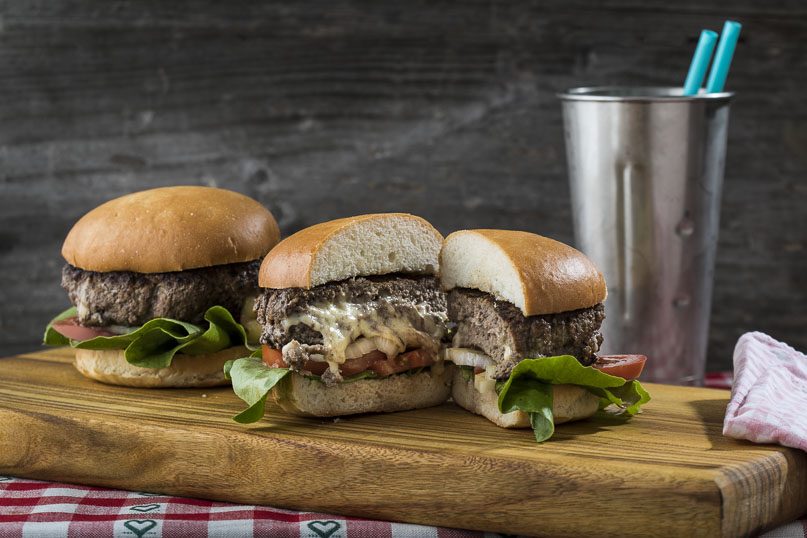 This type of stuffed cheeseburger was said to have been created back in 1954 or earlier. The first appearance was at several bars in South Minneapolis US, often going by the alias Jucy Lucy. Rather than the typical layer of cheese on (or under) the patty, these burgers have double meat patties and a cheese filled centre. They are definitely not for the faint-hearted. What they are however is delicious.