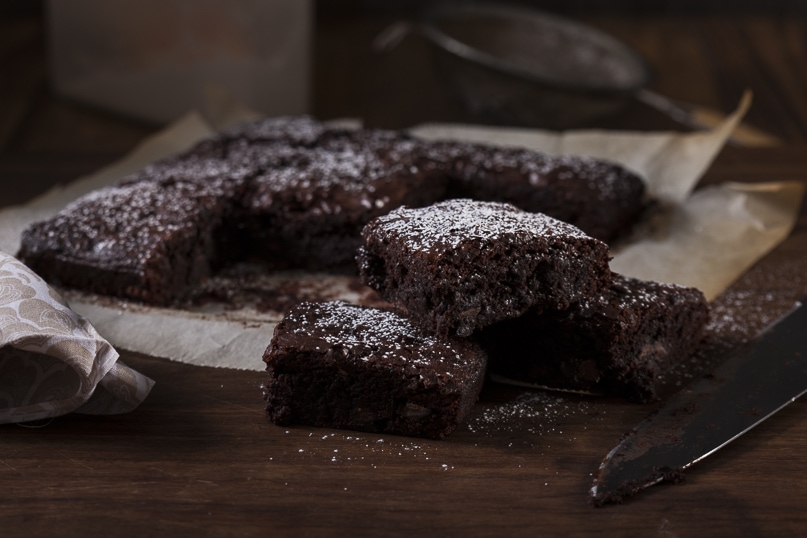 Many people will swear that chocolate brownies are better than cake and vice versa. Now while there is similarities in texture and they are considered to have the same flavour, the way brownies and chocolate cake taste is definitely not the same. Brownies are often described as chewy or cookie-like consistencies, and bake very flat and dense with a crackled top. The best cakes are prided on being as light and fluffy as possible. Chocolate brownies are also considered to have a more intense chocolate flavour than chocolate cake, not only because of the way they bake, but because the recipe usually calls for more cocoa. Anyway you slice it though……. It’s chocolate, come on!