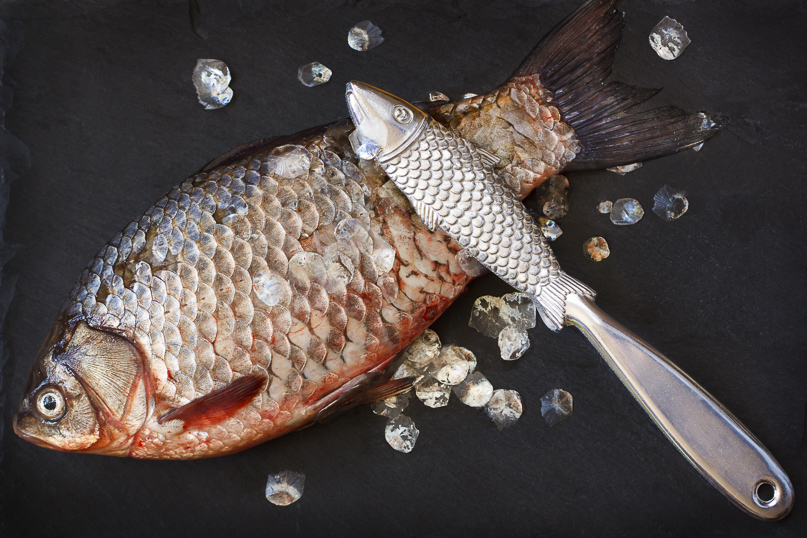 Home » How to » How To Gut And Scale Fish

How To Gut And Scale Fish

How to Gut and Scale Fish

Most of the time these days we simply buy fish fillets, with all the work done for us. Sometimes though, it is useful to know how to scale fish to prepare something a little more special.

This is a messy process, so you will want to do this outside, or in a place where you can clean up easily. Scales will fly everywhere.

The easiest tool to scale a fish is a butter knife. They make special scalers, but you don’t need one.

Now wash the scaled, gutted fish well in ice-cold water, then pack on a bed of crush ice until you’re ready to cook it.